Sometimes a restoration project doesn’t fit in a neat category. Other times, a picture needs more than a short caption. On this page are a few detailed before-and-after views of those  interesting projects.

This brass canopy frame had been hidden for years under a layer of aluminum and plywood signage. During an adaptive use renovation, the signage was removed, the brass outer frame and underside repaired, and a new brass faceplate was applied. The entire canopy was then polished. The top photo shows the brass frame before restoration, and the bottom photo shows the repairs and faceplate mostly complete.

This canopy, on the same building, had fine cast iron filigree, but a badly deteriorated underside. A new decorative underside was fabricated, using perforated steel plate and architectural shapes, and the new lighting was incorporated into this design.

This fence had an unfortunate run-in with a delivery truck. Because the fence had been heavily modified previously (welded together), it was not necessary or desirable to mount a full restoration. In this instance, the ideal result was to put the fence back the way it had been before the truck hit it.

This is one of a pair of wrought iron balconets on an historic building. Over the years, the ironwork had deteriorated visibly. More importantly, the hidden channels which support the full weight of the balconets had rusted almost completely away. The balconets were removed and restored, new channels mounted into the brickwork, and the balconets were replaced. All site work was done twenty feet above a busy city sidewalk. 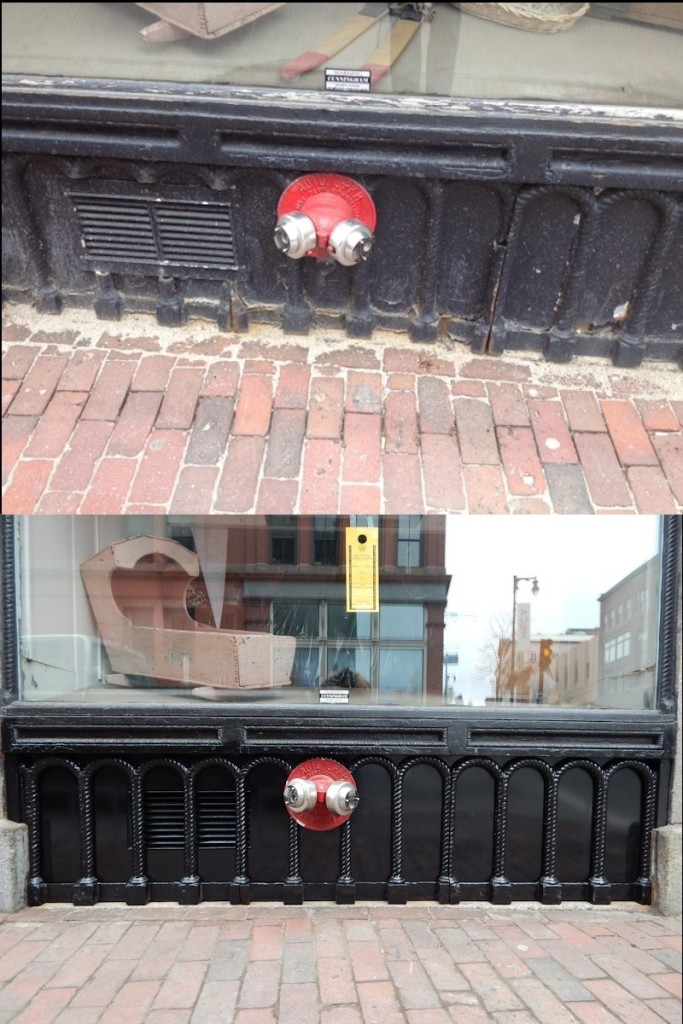 This cast iron widow detail grill was badly deteriorated, and had suffered myriad abuses over the years.  A new panel was cast to replace the one destroyed by the vent, and the panel arch that wraps around the fireplug was reworked so that it could be replaced without cutting. The original sheet metal backing was replaced with heavier steel plate, and the vent was relocated  behind the grill.

This antique iron elevator enclosure was located in the cellar of an old children’s hospital during an adaptive use renovation. It was restored and hung as a decorative feature in the new renovation.

This interesting cast iron pipe fence was restored as part of an adaptive use renovation of an old mill building. The posts were removed, straightened, and reset, the pipe was repaired or replaced as needed, and extra posts were cast to extend the fence to its original length. All work was done on site. 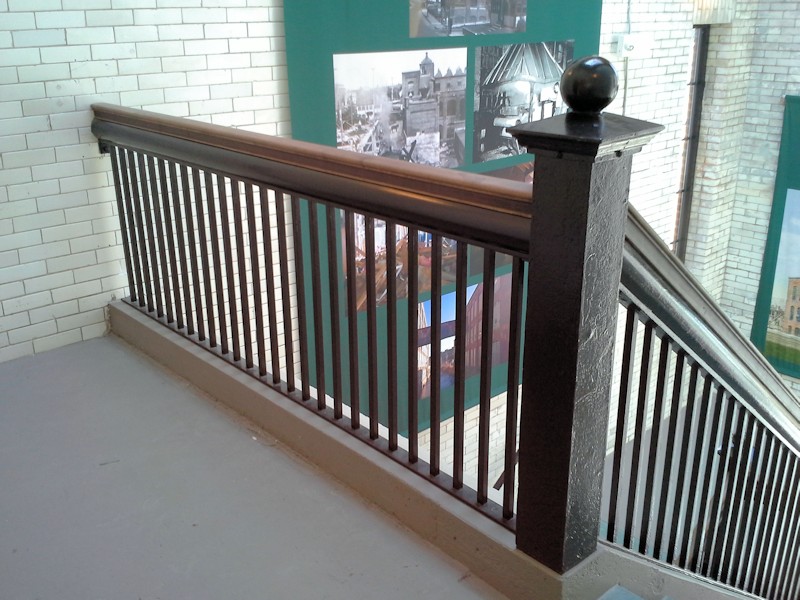 This landing railing was reconstructed using the existing stair railings as a pattern. In addition, the post cap was repaired, as half of it had been cut away and discarded in previous renovations. This is the same site as “Mill fence,” above.

This railing is part of an historic property. Over the years, the exterior had undergone several modifications, including the addition of an extended porch. During a restoration, the porch extension and modern steel railing were removed, the stairs returned to their original footprint, and the wrought iron railings reinstalled. 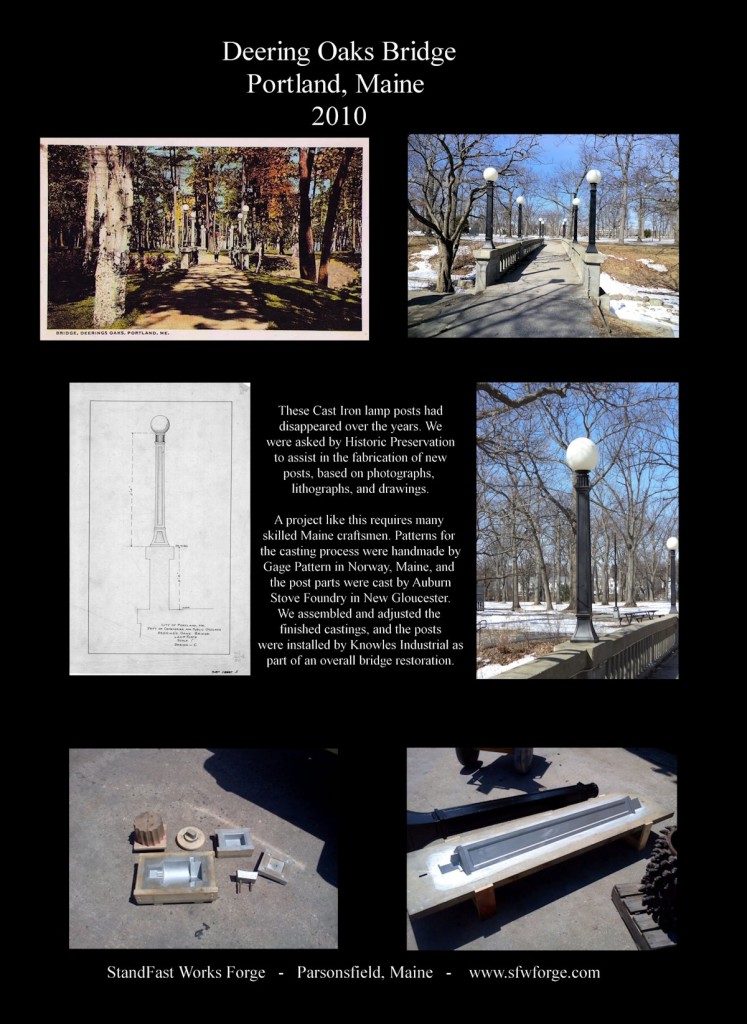 A copy of our poster showing the process of reproducing cast iron lamp posts.